"The greatest accomplishment is not in never falling, but in rising again after you fall."

TJ is tall, he's muscular, and he's got an athletic build. TJ's most distinct feature is probably is height, he's 6'3 and he weighs 164 pounds. He has short brown hair which is naturally curly but sometimes he cuts it so short you can't really tell, he also has light brown eyes.

TJ is very hardworking, he has a great work ethic and he's a pretty determined guy. When he sets his mind to something, it's best you don't try to stop him. TJ is also very funny, he sometimes turns to comedy to get him through harder times. TJ can be really sweet, he's also a gentleman. He can be a little overprotective over you, if he really cares about you, he's not one to get scared easily.

TJ was born in Tokyo, Japan, to his American parents, Will and Mary. His parents were there because of his father's job but they moved when TJ was four. TJ doesn't remember much of Tokyo but what he does remember is where they moved, Kentucky. TJ was often teased for his "accent" he didn't really care, his parents often argued but TJ didn't pay much mind to it. From a young age TJ played lacrosse and basketball. He loved all sports though soccer, football, swimming, tennis, hockey, he loved it all. When TJ was 5 his little sister was born, TJ always took care of his sister and was very protective of her. When TJ was 8 his mom woke him up and told him they had to leave, TJ was shocked when his father didn't get in the car with the rest of his family, but little did TJ know, that was the last time he'd ever see his father. It was a long car ride, TJ had no clue where they were going, he asked his mother many times but she didn't have a response. Although he was young, TJ knew things weren't right. They drove well into the night, and eventually stopped in a motel where they spent the night. This became a common thing for TJ, they were always on the move, never spent more than a month in one place, you see the problem was his mother could never find a stable job, which left them constantly having to move for her to find work. After about a year on the road, they moved to Boulder, Colorado. His mom found a job there at small drugstore, of course this wasn't nearly enough to support a family of three but, they survived. When TJ turned 13 he started pitching in, he would do many different jobs like, mowing lawns, doing newspaper routes, babysitting, if someone needed help, TJ would be there. It was clear they couldn't live like this for much longer, but they literally couldn't because they were kicked out of their small one bedroom apartment, something about not paying the rent, TJ was furious. Back on the road, TJ felt like he knew every highway in America by heart by now, but this time they moved to a town, a small one too, Lakewood. TJ had never heard of the place, but his mom found a job there, which meant he would stay there, for who knows howlong. 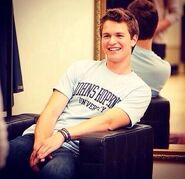 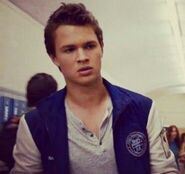 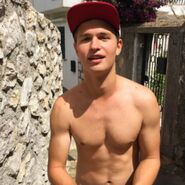 Add a photo to this gallery
Retrieved from "https://lakewood-academy-highschool.fandom.com/wiki/Tristan_Elliot?oldid=29957"
Community content is available under CC-BY-SA unless otherwise noted.