Description: Landon is 5'10 and weighs 140 lb. He has brown parted hair, with blue eyes and tan skin. He is actively fit and has a muscular body. His long, lean longs allow him to be quick on his feet and have excellent balance. He is overall extermely athleticly fit and does well in many sport.

Character: Landon sees himself as a romatic. He likes to flirt, and try to get the girls attention. He is likeable and easily a social butterfly, even though he is extermely new to the school, trying to fit in is all he wants.

★ Hanging out with friends

★ Being Alone for long Extents of Time

Story: Landon grew up in Queens, New York with a younger sister and two happily married parents. Landon got Jaxx, a siverian husky, as a puppy, a gift for his 15th birthday. Jaxx and Landon are inseverable. At Landon and Sophia's school, there are a lot of kids who are bullies and are werid. Landon was a straight A student, but isn't a nerd. He just focused on school and sports. He enjoys parties and drinking. He is careful with his drinking and has only been drunk two time. His parents aren't strict at all, and trust Landon.

One day after school, a 16 yr old boy tried to force himself on Sophia. Luckily Landon was around the corner and saw what was happening. He was able to save her and beat the kid up, badly. Landon was arrested and put in a holding cell, but was released the next day. He later found out that his Ex, Ariana, had been cheating on him with one of his best friends. Landon broke off the relationship between his Ex and his best friend. His family then moved to Lakewood, where they are sure to stay for awhile. Landon misses his home town and all his friends, but he hopes to make new friends and start and adventure here that will change him life forever. 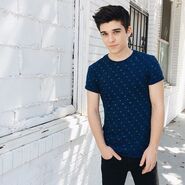 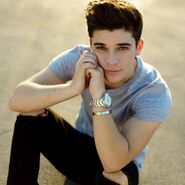 Hittin' it off with a watch 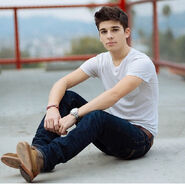 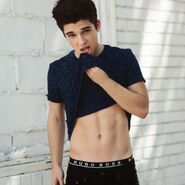 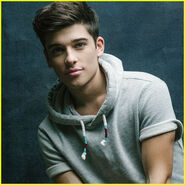 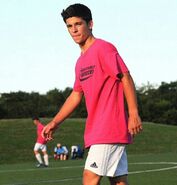 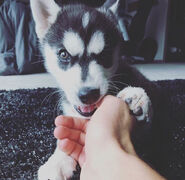 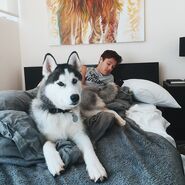 Chillin' on the bed

Community content is available under CC-BY-SA unless otherwise noted.
Advertisement