Kathryn is a respectable height of 5'4, with a weight of 114, considered skinny. She has blonde brown ombré hair, soft and straight. Her eyes are hazel coloured and very soft, she tends to wink alot at passing boys. Her body shape is slim with muscle here and there, and her breasts are a small, good size.

Kathryn's personality tends to vary, but she is mostly known as energetic and smart. She drinks coffee almost 24/7 and wouldn't miss a single day without it. Even decafs count. Most of her life she has gotten all As,and she is quite a designer, in clothing and decor.

My name is Kathryn. Kathryn Josie Brown. I'm 17 years old and I'm from Sydney, Australia. It's gorgeous. I grew up right beside a beach, and the water is practically my second home. I recommend visiting. I love it here. Correction. Loved it here.

My parents, Andrew Lachinski and Sarah Brown, moved to Australia from the states when they were newlyweds. You see, my father's parents, who are respectable religious people, didn't approve of him dating my mother, who was poorer at the time, she smoked, she skipped class, and her house was dark and musty. My mother's parents didn't give a flying hooray about her. But when they met, it was truly love at first sight. They weren't supposed to be together, so after college, after high school, they eloped and moved far away. Then my mother found out she was pregnant. With me, of course.

I was born on January 25, 2001. Right into a new century. But my birth was hard, especially on my mother. Smoking was starting to come back at her, hitting her in the chest like bricks, so hard she could barely take a deep breath sometimes. It was lung cancer, and their was no attainable cure at the time, with my parent's too poor to pay for expensive medical treatments. So having a baby took everything. Of course she was alive to meet me, but she was never the same again. She sat in a rocking chair the rest of her life, smoking pot and cigarettes and reading me stories. In a way, she was a good mother, in other ways, not so much. One day, when I was 6, I was sitting on the living room rug of our condominium, playing with my toys, when she collapsed. I went over to her, pulled on her sleeves, started screaming her name. No neighbours heard me, but somehow I knew to call 911. My father arrived at the hospital soon after they'd come, scooping me into his arms and holding me tight as they did everything to get her back.

Nothing seemed to work. She was gone before she even reached the ambulance, the doctors had told us. A few months after her death, my father, having fallen into depression for losing the love of his life, quit his job and moved us away. Away from the smelly, small apartment I'd grown up in. Away from her clothes, scents, her cigarettes. He moved us to Tennesee first, tried to find work their for a while, while I started school for the first time. I felt out of place, I wanted to disappear. I hadn't done kindergarden, but I was the age of a first grader.  The other little girls were so well dressed and knew everything they possibly could know, while I struggled with writing my name. They made fun of me, bullied me, shoved me into the mud puddles, which is why I am now so socially awkward. I'd barely learned my addition before he moved us again, to Salt Lake City, Utah.

Once again, I started school, feeling like even more of a misfit then in Tennessee. The other's were nice, but I wouldn't talk to them. I sat alone under a tree, reading or drawing myself into a fantasy world. When the teacher reported this to Dad, he took me to a shrink, who diagnosed me with anxiety and depression, from " a traumatic past". After that, thing's went farther downhill. I made it through elementary and middle school alright, with passing grades, but as I came to high school, where everyone was bigger, harder on the freshman, my anxiety hit me. I couldn't get through a school day without breaking down. I cried myself to sleep every night. I started cutting, just to give myself relief from this emotional pain. One night, I attempted to end it all. Dad arrived home and found me, lying on the floor of my bathroom, bottles of the drugs I'd taken around me. He rushed me to the hospital. When I was stable, I was transferred to a mental hospital in Oregon. I stayed their for two whole years. I had a couple relapses, tried to commit suicide again, but this time I failed, a nurse caught me as I was taking the drugs- but I finally was discharged, at the age of 16.

I was looking forward to going home to Utah, to starting a new piece of my life. Maybe even being friendly to Mikki, a girl who had always been kind to me, but I'd always pushed away. But Dad surprised me- over the course of two years, he'd met someone. At first I was mad, that he'd forget about me, go off and try to be happy without me, since we'd always done everything together, but then when I realized how happy he was, I was happy for him. Until I met her. Her was Felicia Chatham, a rich, posh buisness women, with two snotty children of her own, Jackson and Allie Chatham. Of course, she seemed to truly love my Dad, but apparently with my past, not me. They were all living in Lakewood, which was where I was taken now, instead. It was a grand mansion, with a balcony and an inground pool. My room was on the top floor, far away from everyone else's. At least Dad was sensible enough to keep my belongings. And then, I had to start school. With Dad's convincing, I'm sure, Felicia was paying for me to go to the same school as Jack and Allie, Lakewood Academy Private School. I was nervous, but I remembered what my therapists and doctor's had said, and I entered with a positive attitude. Surprisingly enough, I was accepted. I dressed better now, and I studied hard so that I was top of the class. So.. thing's did turn out. Pretty well. 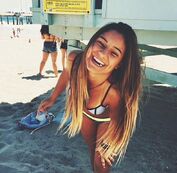 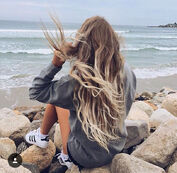 you know the oceans my home 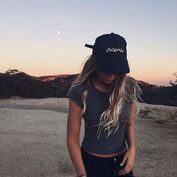 stretchy
Add a photo to this gallery

Retrieved from "https://lakewood-academy-highschool.fandom.com/wiki/Kathryn_Brown?oldid=43485"
Community content is available under CC-BY-SA unless otherwise noted.