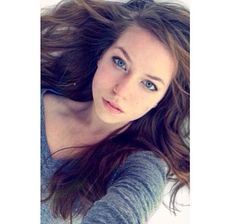 Cassie is sometimes explained as a "rulebreaker" or sometimes maybe even "the devil". Even though she is a beauty, you will never know the true her unless you know her personally. Sweet on the outside yet terrible on the inside, she can be very bossy and maybe even rude. Her sister, Skyler, keeps Cassie on her feet. From the moment she was born she was always a troublemaker. Her sweet blue eyes make her look kind and even innocent. Even though she can be the devil, she can be really kind to people she likes. Somedays she is rude as can be, while others she is a darling.

Cassie came into the world on October 24. Her father had been an alcoholic since she was born. She had little friends in Grade school and was always a troublemaker. She was normally in the principal's office. After her mother and father splitting up at a young age, she felt as if she wasn't appreciated. Throughout the years she became an even worse student than before.

At age 12 her father thought that it would be a good idea for him to marry again. He began dating a woman with a daughter older than Cassie. She never took a big liking to her until they got married. Living together was stressful. She went to a new grade school while her sister was in high school. Skylar never had any time for Cassie.

At age 14, Cassie went to Lakewood Academy Highschool with her sister. Being the youngest in her class it was hard to fit in. Her grades began getting worse and she started hanging out with the wrong people. Spray painting and trashing places were only the start of it.

When Skylar learned of this, she started telling Cassie what was right from wrong and boring stuff like that. Cassie took some of her advice and got slightly better grades.

Retrieved from "https://lakewood-academy-highschool.fandom.com/wiki/Cassie_Underwood?oldid=14712"
Community content is available under CC-BY-SA unless otherwise noted.