Ava grew up in California for most of her life. She grew up on a horse stable.  Ava started riding at 2 years old, with a minature pony named Luna. Her first horse, Admiral, was a One time-show jumper. She trained him him for 2 years and started to show him. She began getting tropheys and medals. Then her mother, Lara, found out that her husband was having an affair on her, every since Ava was born. That when he said he was leaving for 'work', he was actually with Sophia. Ava found out when they were fighting. Kyle, her dad, let to live with the Women he had an affair with, Sophia. Which, her mother had then found out that he had a daughter, Olivia, with Sophia. The affair had gone on since Ava was born. Leaving Ava at age 10. Ava rode more and more, so that she could clear her mind. She then  started to go into national competitions. Kyle would always come to her birthday parties, but never came any other time of the year. Ava then started to go to Lakewood Acadamy Highschool. Since Admiral leg went limp, and he was out of the showing career, Kyle bought Pharaoh for Ava Birthday. Lara wasn't to happy but accepted it anyways. Ava continues to live with her mom, while her dad lives with Sophia and Olivia. Olivia is 17 just like Ava, bur a snoty brat. They were once in a show and Olivia tried to bribe Ava to lose the compettiton, but Ava declined. Olivia doesn't hasn't liked Ava since. Ava is now training Pharaoh for an upcoming competition, Green Medows Nationals. 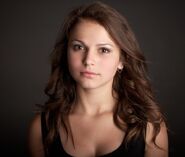 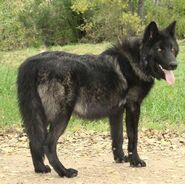 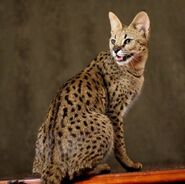 Adela- Olivia's Selle Français
Add a photo to this gallery 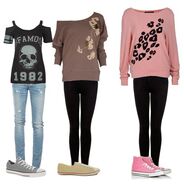 Outfits
Add a photo to this gallery

Retrieved from "https://lakewood-academy-highschool.fandom.com/wiki/Ava_Brooks?oldid=11546"
Community content is available under CC-BY-SA unless otherwise noted.